The Flow State, The Zone 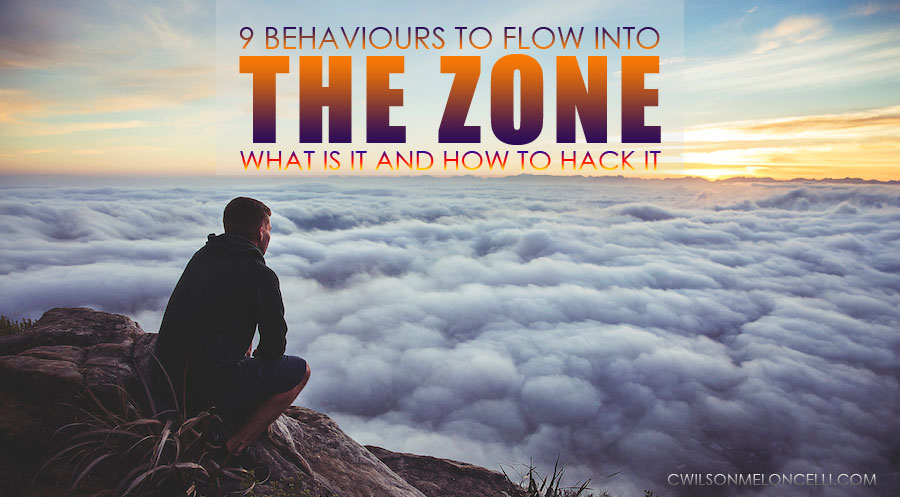 “It’s just about being in the zone, in any sport, be it football, basketball or baseball.” - Mark Teixeira

No matter who you are, you will have heard of the term, ‘the Zone’.  It's that state of mind where you're completely focused on what you're doing, you’re in a flow, undistracted, fully adaptable in accordance to achieving the task at hand. It’s perhaps more commonly seen in athletics, basketball, tennis and extreme sports, but I can say that you too have been in this optimal performance state. Not only that, but you have been in it a lot more that you think. In order for you to fully understand what I mean, we have a couple of barriers we need to take down.

First, let me tell you a quote tale about three men blindly arguing over what they needed for their travels. “We need to find a pompelmo,” said the Italian. “NO’, said the Spaniard ‘a pomelo”, “you guys are both crazy, we need a toranja” said the Portuguese laughing at the absurdity of the situation! A beautiful woman walked past, throwing a grapefruit in the air singing a soothing song. The men stopped and looked at her in silence. “Ah,” said the Italian, “a pompelmo!”, “a pomelo,” said the Spaniard. “A toranja” said the Portuguese man.

The terminology used by the three men is a very common problem in our ‘modern” society. The Zone is also known as the pocket, the groove, the now. And now a large wave of elite used to call it ‘the Flow State’.

Understanding that people who regularly tasted this state of being all have specific names for it. But don't let the name block you from expressing your experience of this optimal state of performance because they’re just completely the same. 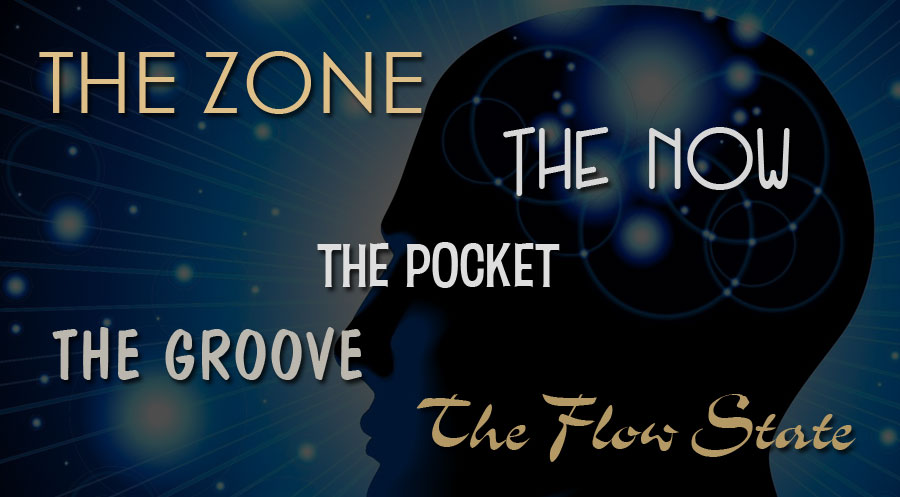 Flow into The Zone, The Pocket, The Groove, The Now, The Flow State

No matter what the name used to describe this performance state of being there are still 9 commonly reported behaviours that are expressed during this state. Professor Mihaly Csikszentmihalyi, author of 120 articles and books on the subject of optimal experiences explained these behaviours as the following:

1. Balance between Challenge and Skill

When you enter the zone, your confidence is at its highest, making your skills as contenders to complete the challenge you face. An athlete will have the complete certainty to get the task done because his/her physical, technical and mental ability is ready and in peak form.

You will be completely immersed in the present activity you’re doing and all the distractions around you disappears. The zone merges your actions and awareness, your focus is on the task and completing it, comparable to having tunnel vision, everything around you will seem to withdraw.

The only thing in your mind is the goal and your mind and body know what to execute to get it. It gives you clarity that helps you focus. An athlete is ready to give an outstanding performance because he/she knows what the goal is.

In the zone, you will receive a certain feedback that lets you adjust your strategies or actions. For example, coaches will let the athletes know how they’re doing.

A precise concentration on the challenge in front of you is something you can achieve when you’re in the zone. It is often described as if a feeling of concentrated energy. Your concentration is on the goal. Noise, opponent reaction, and distractions will become irrelevant.

When you achieve the mind-state of being in the zone you will be frequently self-aware of your achievement. The ego of athletes completely disappears in the zone.

Your sense of control will be sharp once you’re in the zone. A person will feel that his/her actions can affect the conclusion of the task; therefore he/she has total control over it. Athletes are not concerned about the absence of control in the zone since he/she is aware of his/her actions.

Often, people who had experienced being the zone describe that time slows down or goes fast. In the zone, you will lose track of time because you’re totally immersed. Your perception of time is transformed while being in the zone.

When you Flow into the zone, rewards will not be a factor to you. You focus on the activity itself because you love to do it. A person in the zone is determined to achieve the goal because of complete immersion and not rewards.

“Every time I step in between those lines, I’m in the zone. If you get between me and the ball, you might get smashed a couple times. Things happen, play happen.” - Carli Lloyd

Second, you do not need to be an elite athlete to have tasted it. Some of the greatest Zone hackers are artists, musicians, poetry, chiefs. BUT the really cool thing is, you can be in Zone doing anything. From walking, talking, cooking eating, having sex or rock and roll can all be expressed in a flow of the zone.

“You get in the zone and just try to stay here. You don’t think about your surroundings, or what’s going on with the crowd or the team. You’re kind of locked in.” - Kobe Bryant

You can enter and flow into the zone right now by accessing my Flow State Free Course Package. This package contains Four video series 48 videos dedicated to the Flow State: Flow Tutorials; Instant Flow Meditation; a Powerful Flow Triggering Workout; and the tutorials to maintain Flow which I will be sending in your inbox right now. You just need to enter your name and email on our form below and expect to receive the videos right after your submission. Get your access now!

Being in the Zone: The Flow State in Athletic Endeavors. (n.d.). Retrieved May 04, 2017, from https://breakingmuscle.com/learn/being-in-the-zone-the-flow-state-in-athletic-endeavors

Cohn, P., & Says, Z. M. (n.d.). How to Tap the Power of the Zone for Peak Performance. Retrieved May 04, 2017, from http://www.peaksports.com/sports-psychology-blog/how-to-tap-the-power-of-the-zone-for-peak-performance/

How do meditation and prayer change our brains? (n.d.). Retrieved May 04, 2017, from http://www.andrewnewberg.com/research/