How To Achieve Optimum Performance During Basketball 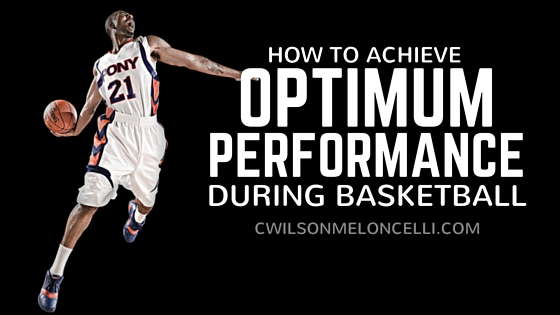 Discover the reason why Michael Jordan, Shaquille O’Neal, Kobe Bryant and other basketball athletes reached the top during their sports performance.

In this article, you are about to discover the key secret to achieve peak performance during your sport. You will also discover how does your subconscious mind contribute to your overall performance and how to control it in your favor.

It’s very important for every basketball athletes and all other athletes to be mentally focused on their game. It’s not as simple as merely concentrating on one thing for a long time, but it’s the ability to attend to internal and external cues in your attentional field. Attentional field is everything inside of you, such as thoughts, emotions, and physical responses, and everything outside of you, including sights and sounds.

‘Being in the zone’ can help basketball athletes to be focused in their game. It’s a part of basketball mental toughness as what they said. In sports psychology or basketball terms, the concept of being ‘in the zone’ is often referred to as ‘the flow’.

Flow is a mental state that is achieved through focused motivation. This results to an athlete who is fully immersed in a state of energized focus while participating in a sporting activity. Sometimes, the most challenging part of an athlete, is the ability to stay in the zone, once they are there.

Basketball superstars such as Kobe Bryant and Lebron James are few of the examples of basketball athletes who often stay in the zone when they play basketball in the higher level than anyone else. Based on the reports, athletes who experienced being in the zone felt like the basket seems bigger, and felt an almost mystical connection to it.

Visualization is one of the most powerful way of accessing your body’s ‘control center’. This is one way to activate your flow state.

This involves regularly and realistically picturing in your mind the exact way you want to perform in the court. When used correctly, visualization has shown time and time again to bring major improvement to any area of performance.

To be honest, there are very few elite sports athlete in the world who are using it.

In a study, basketball players were tested on their free-throw ability, and then randomly places in three groups. The first group were advised to practice free-throw for an hour each day. The second group visualized shooting free throws daily, while the third group didn’t practice at all.

All the players took another free throw skill test after 30 days. The players in the group that had practiced daily improved by 24%. The players that hadn’t practiced, didn’t improve…

But the players who only took visualization training improved by 23% - nearly as much as those who had physically practiced!

How much more if you combine physical training and visualization!

So when you add mental training, visualization training or flow state training to your physical training - it helps you to break through the barriers and move to the next level!

The only sure way to ensure ongoing success on court is to train at your ‘control center’ your subconscious mind.

This is what sets you apart from all the other players and teams, and it is often the difference between teams when you are both playing at similar levels of talent, skill and physical training.

I’ve created a technique which helped a lot of athletes in their sports performance and lead them to continuously win the game all over the years. It is a technique which involves mindful exercises and a guided ‘game’ visualization which allows you the freedom to ‘mentally rehearse’ for each upcoming game with different opposing teams. And now is your time to finally grab it too! You can have it FREE by signing up on the form below!

Hack Into The Flow State

And Get Results In Your Sport

Please check your email after submitting your email address and first name on the form to confirm your subscription. Thanks!